The 2018 Charlotte Street Generative Performing Artist Awards recognize two exceptional artists in the fields of dance, theatre, music, opera, sound art, performance art, multimedia performance, spoken word, puppetry or hybrid performance-based forms. Both of the artists will also receive an unrestricted cash award of $10,000 and their public performances will be promoted by Charlotte Street throughout the rest of 2018.

All of the 2018 Charlotte Street Award Fellows were selected through competitive processes beginning with open calls for applications from artists based in the five-county Kansas City Metro Area. Artists selections were made by a panel of jurors consisting of renowned and qualified arts professionals. Jurors participated in in-person interviews, presentations, and studio visits, resulting in the selection of 9 finalists for the Generative Performing Artists Awards and 10 finalists for the Visual Artist Awards. 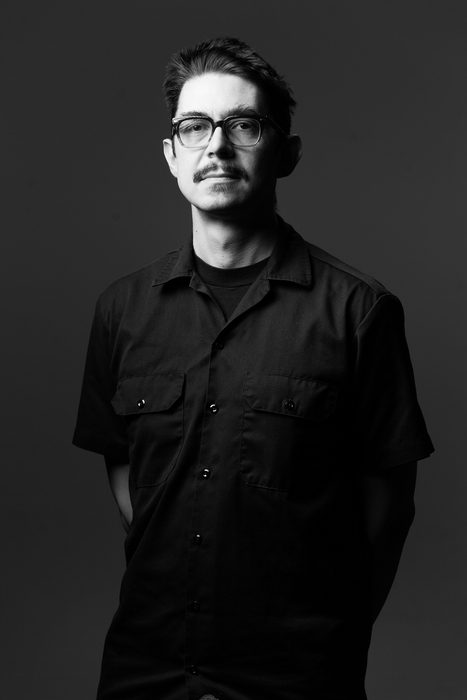 Shawn Edward Hansen, a native of Kansas, is a composer, improviser, phonographer and piano technician living and practicing in Kansas City. His main instruments include analog synthesizer (EMS Synthi), organ, piano, saxophone and his current travel set-up called the sonic field journal. Practicing his own style of Great Plains hermetic art known as Tangential Assertivism, he performs with Neal Wilson as A Pairing, Chris Forsyth, the Painter Laurel Sparks in NY, and Sterling Holman as SHSH. Tangential Assertivism focuses on the practice of insisting on the relationship between disparate objects or thoughts by placing them within close proximity spatially or temporally. Shawn is also the artistic director of KJEA radio, a transmitted conceptual space which had its first broadcast in 1984.

He studied composition, performance, and sound art for an MFA with Richard Teitelbaum, Pauline Oliveros, George Lewis, and Maryanne Amacher in NY at Bard/Milton Avery in 2001. Future projects include new KJEA Radio Cassettes label releases from A Pairing and SHSH, a series of lightless, short films produced with the writings of Cyrus Console, and a new Alzheimer’s Big Band project. 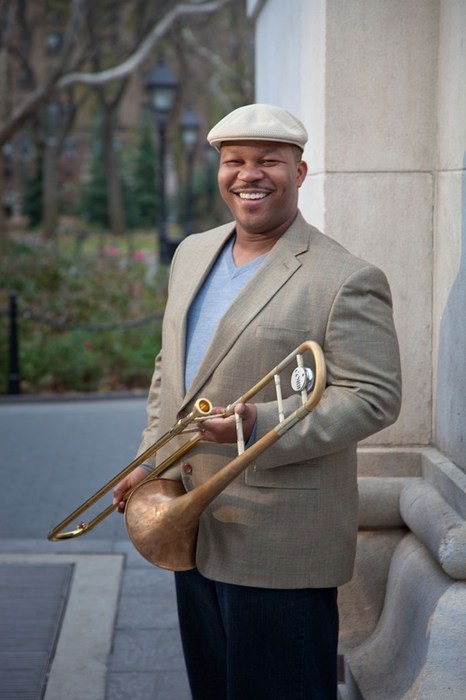 Marcus Lewis holds a BM in jazz performance from Valdosta State University and MM in trombone performance from the University of Nebraska at Omaha. Marcus currently lives in Kansas City, MO where he leads his own quintet, 18-piece Big Band and continues to tour with Grammy Nominated vocalist, Janelle Monáe.

Marcus released his debut CD in 2012 entitled “Facing East” which features a world class line-up including Logan Richardson on Alto Sax, Adam Larson on Tenor Sax, Pablo Masis on Trumpet, Andrea Lewis on Vocals, Sam Harris on Piano, Aidan Carroll on Bass, and Tommy Crane on Drums. The album was featured in Vogue Magazine as being one the top albums on Janelle Monáe’s 2012 Summer Playlist. Marcus Lewis is currently working on music for a new CD to be released in the fall of 2016. Marcus Lewis is the Artistic Director of Future Jazz, a nonprofit dedicated to Jazz Education.

Marcus has performed at venues that include the Kennedy Center for Performing Arts, the Klaipeda Jazz Festival in 2003, and the Jimmy Carter Summer Concert Series in 2008. As a sideman, he has also performed at the 53rd Annual Grammy Awards, the 2010 New Orleans Jazz Fest, the 2011 Glastonbury Festival, the 2011 Nobel Peace Prize Concert and the 2012 North Sea Jazz Festival, the Sydney Opera House, and for President Barack Obama at the White House in 2011 and 2012. Television shows include SNL, David Letterman, The Today Show, Jools Holland, Arsenio Hall, and American Idol. Marcus was awarded the 2008 Betty Carter Jazz Residency and the 2003 Outstanding Soloist award at the Wichita Jazz Festival. 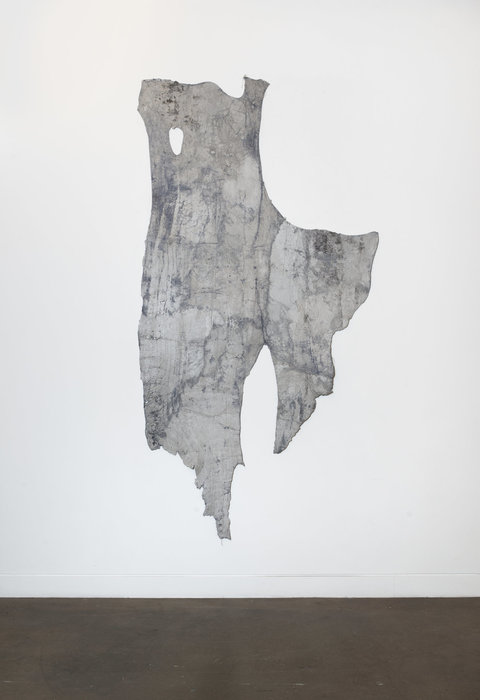 Marie Bannerot McInerney is an interdisciplinary studio artist, curator, and educator. Her site-responsive installations invite moments of reflection in order to consider human agency within the framework of ecological systems and natural phenomena.

She has exhibited across the United States and abroad including shows at the Bellevue Arts Museum in Bellevue, WA, Mildred Lane Kemper Museum in Saint Louis, MO, Corcoran College in Washington, DC, Coop Gallery, in Nashville, TN, Friedrich Schiller University in Jena, Germany, and the Han Tianheng Art Museum Shanghai in Shanghai City, China. McInerney co-authored an essay in the book, Probing the Skin: Cultural Representations of our Contact Zone and was awarded a Cultural Exchange Grant from the U.S. Embassy in Berlin to travel and present work.

Her formative years were spent in Houston, TX before she earned her BFA at the Kansas City Art Institute and her MFA at Washington University in Saint Louis. She was one of five artists that make up the curatorial collaborative Plug Projects which organizes exhibitions and programming of nationally and internationally recognized artists. She currently serves on the advisory board for the Friends of Dard Hunter and is an Assistant Professor in the Fiber Department at the Kansas City Art Institute. 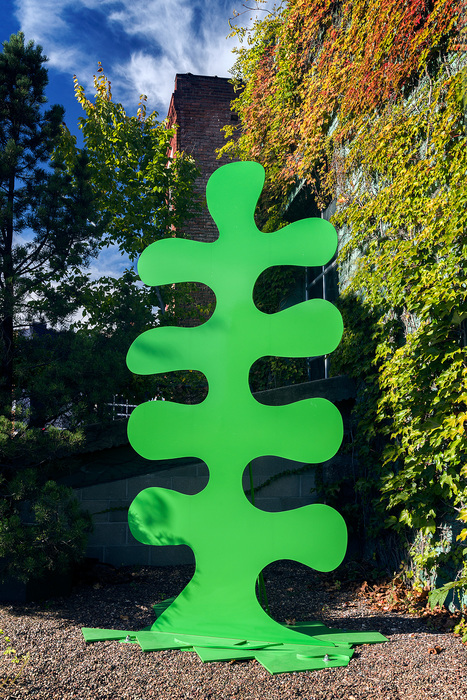 Jarrett Mellenbruch received his BFA from the Rhode Island School of Design in Providence, RI in 1993. In 2014, Jarrett was a Presidential Scholar and received his MFA at the Maine College of Art in Portland, ME. He is a conceptual artist that regularly explores ways to cross-pollinate work between fields, in particular between his lifelong passions for art and science, in order to speak to current sociopolitical and ecological conditions.

His public art projects consistently embody the underlying themes of place making, collaboration, and social capital. Float, and East Ninth Street Project are two interventions that embrace shared experience to encourage social cohesion. Float, first funded by an Avenue of the Arts grant and subsequently commissioned by the Kemper Museum of Contemporary Art, is a place making project employing custom designed hammock stands placed on public lawns. In both iterations, Float created an oasis that generated an outpouring of positive public sentiment fostered by a sense good will and trust in the public.

Chosen by The Spencer Museum at Kansas University as the lead artist for a three-year international research project exploring ways scientists and artists can work together, he is further building upon his integration of disciplines toward a creative outcome. The aim of this socially engaged artwork is to investigate new ways to democratize public health issues related to insect borne diseases and empower the underserved. 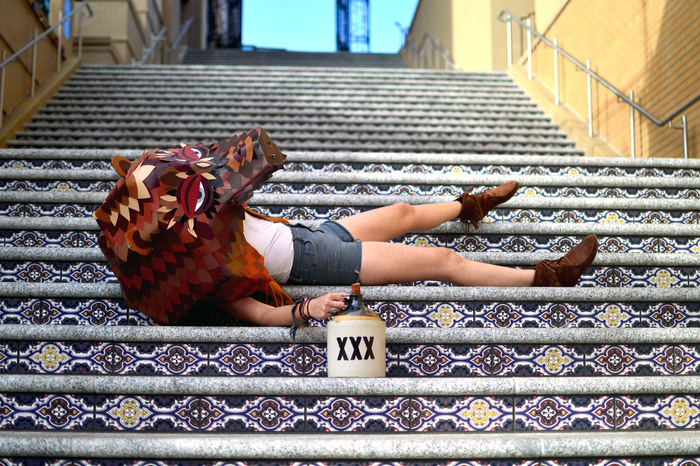 Jillian Youngbird (2018 Visual Artist Fellow)
Jillian is a hunter-gatherer, story-teller and visual artist living and working in Kansas City. She studied art at the Kansas City Art Institute and currently works at a non-profit art studio supporting artists with developmental disabilities. Being of Native American descent, growing up in the Ozark hills formed an interesting narrative in my self-identity. Storytelling has always been an important part of both cultures. In her study of Ozarkian and Native lore, she has come to find common threads and motives. This kind of artistic storytelling can function as expression of personal and group identity, as well as, providing political and social control.

Through the study of nature, history and folklore, she uses recycled materials from her environment to create sculpture, photographs and performances that investigate our impact on the natural world and her place between two interwoven cultures.

ABOUT THE CHARLOTTE STREET VISUAL ARTIST AWARDS
Charlotte Street launched its Visual Artist Awards in 1997. Charlotte Street continues to act as a catalyst for discovering and promoting emerging art in Kansas City and has now distributed over $662,400 to Kansas City-based visual artists through the Award program, with a total of 91 visual artists receiving these Awards to date. An exhibition featuring new and recent work by the Fellows is organized annually, currently rotating among H&R Block Artspace at Kansas City Art Institute, the Nerman Museum of Contemporary Art, and the Kemper Museum of Contemporary Art at the Crossroads location.

ABOUT THE GENERATIVE PERFORMING ARTIST AWARDS
Charlotte Street launched its Awards to Generative Performing Awards in 2008 as a parallel program to the Visual Artist Awards. Charlotte Street continues to act as a catalyst for discovering and supporting contemporary performing art and has now distributed $141,500 to 19 performing artists creating original new work in the fields of dance, theater, music, performance, spoken word, and hybrid/interdisciplinary performance-based forms. These Awards aim to recognize and meaningfully support artists producing exceptional performance-based work that is original, innovative, and progressive.

ABOUT CHARLOTTE STREET
Charlotte Street identifies the needs and fuels the evolution of an ever-changing multidisciplinary arts ecosystem, acting as its primary provocateur. Charlotte Street cultivates the contemporary, the exceptional, and the unexpected in the practice of artists working in and engaging with the Kansas City art community. Since 1997, Charlotte Street has distributed over $1.1 million in awards and grants to artists and their innovative projects and connected individual artists to each other and to the greater Kansas City community. For more information about Charlotte Street, its awards, programs, and initiatives, visit www.charlottestreet.org.

The Andy Warhol Foundation for the Visual Arts

National Endowment for the Arts

Ruth Foundation of the Arts