As an Argentine immigrant, the motivation for my work comes from the effects of Argentina’s Dirty War where thousands of people were killed in secret by the government. These people became known as the “disappeared ones,” and this idea of disappearing, or rather, being forced to disappear, plays a major role in my work. Through the use of the human form, I explore both physical and psychological strain to the body. My work has become more about the relationship between the body and the earth, and the body itself as a landscape.

I am particularly interested in the idea of burying or covering something up, and how that can create a simultaneous absence and presence, much in the way that tombs serve as a sign of a person’s presence after death. I play with this in my work in terms of the exchange between what can be seen and what cannot be seen. The utilization of printmaking techniques allows me to conceal, or bury, through the act of layering, while collage allows me to further fragment the body and compose ambiguous landscapes through a process of ripping, tearing, and reimagining. Feelings of coldness and death are perpetuated through the use of white, which carries with it a sense of aggressiveness and endlessness. In morphing the body with the landscape, the figure is connected to the earth not only in reference to ideas of death and burial but also in reference to the suppression that the Argentine government has imposed on its people. 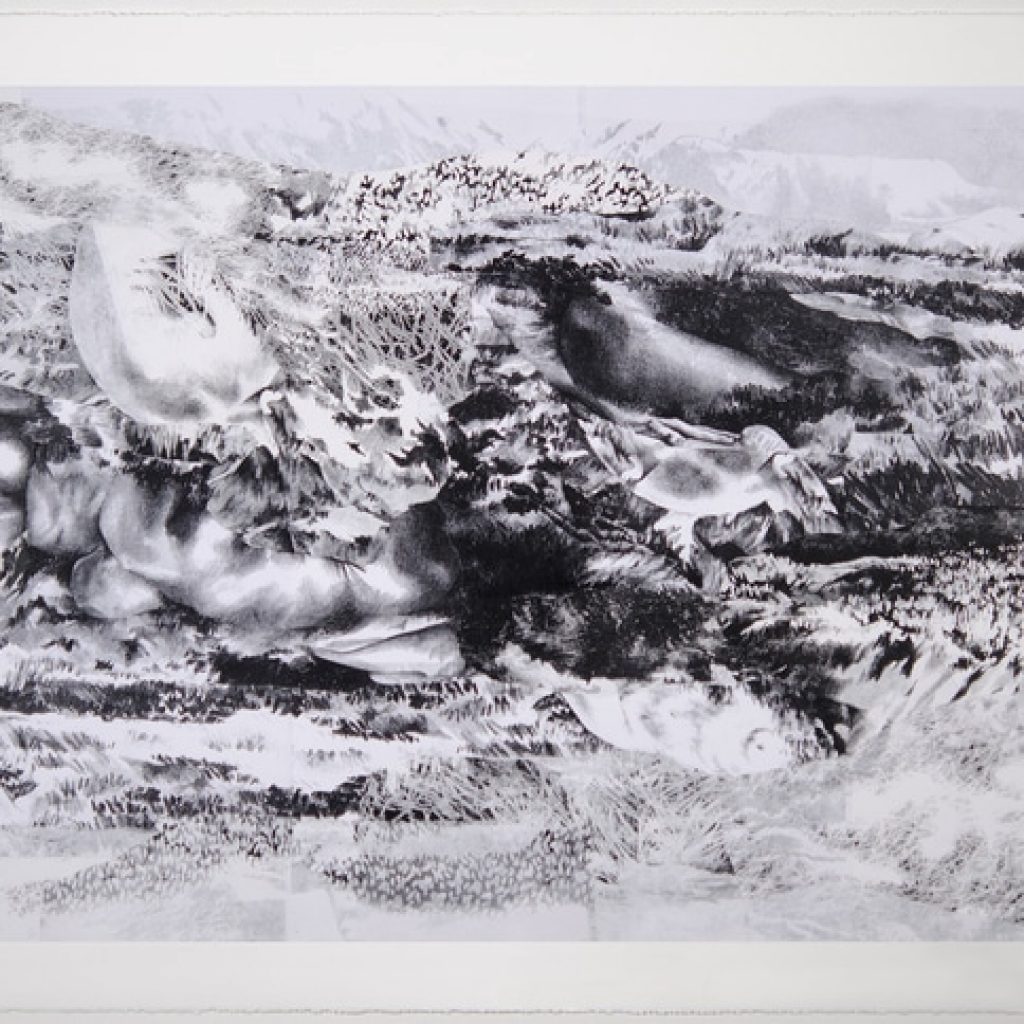 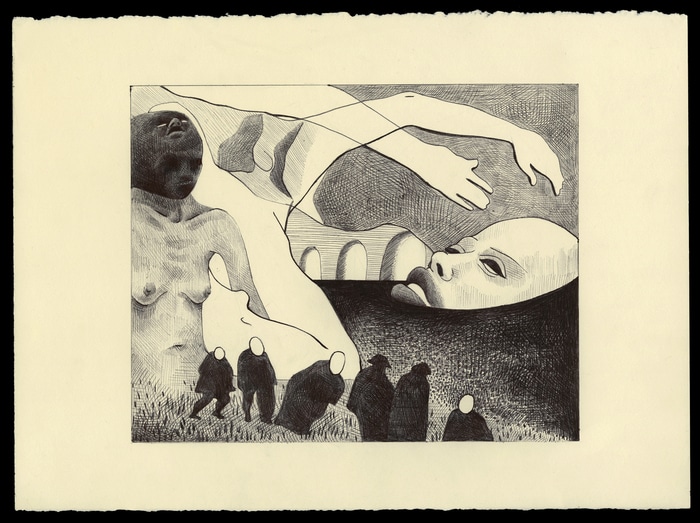 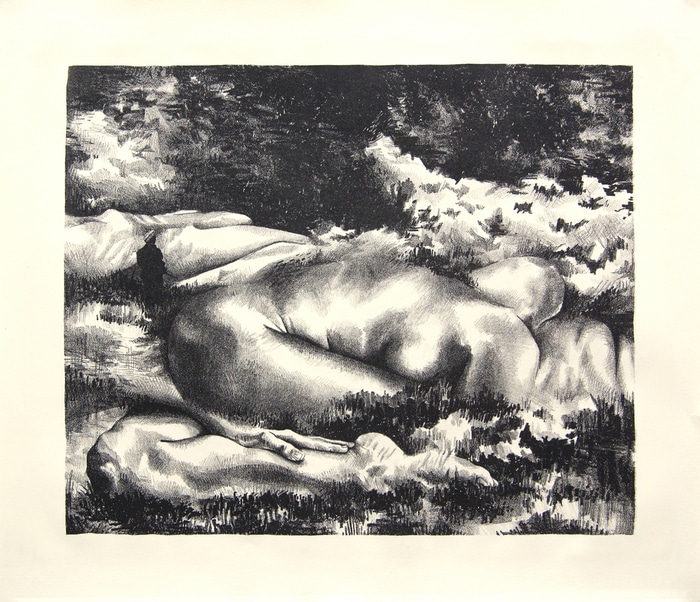 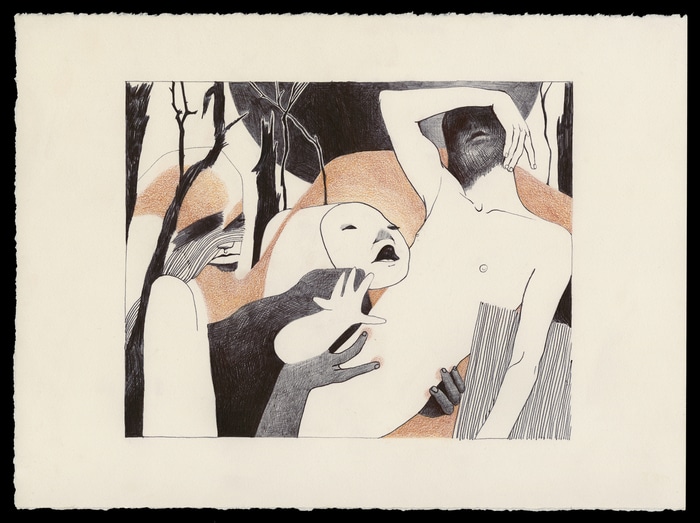 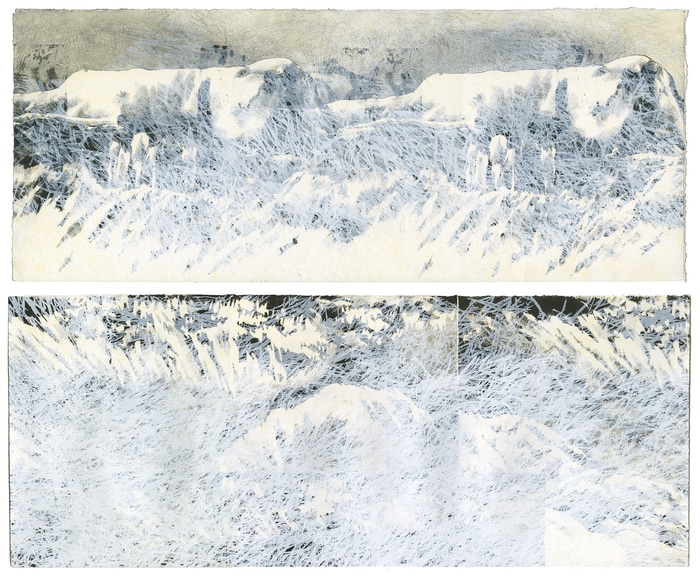 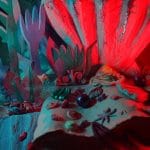 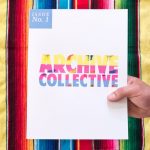