My current body of work is born out of an act of destruction, starting with me cutting up and tearing apart a series of minimal, color-heavy paintings that were made several years ago. These paintings embodied a darkness, and with them tainted memories that bore the urgency to be remixed and replaced, rather than completely erased. A different arrangement set into motion as strips of oil-soaked canvas scattered on the floor like ashes. Disembodied, the paintings now lacerated had begun to accumulate a new language. The colors and forms acting on their own volition, reassembled themselves as if there was still life left to them.

I seek to further elaborate upon this visual language. Lugubrious yet comical, the work I produce currently writhes on the brink of a painterly language that embodies elements of both collage and traditional quilt making. I am influenced by the chaos and uncanniness that occurs in cartoons – a limitless reality without precaution or repercussion. I find logic in punchlines. Gags such as anvils dropping or pianos exploding inform my decision making when it comes to making a gesture.

I use a needle and thread to access a textillian approach towards painting. The stitch and the act of sewing allow me to experience painting in new ways that are both challenging and spiritually engaging. I have always been interested and determined to question the conventions of painting, rather than completely surrender to them. The relationship I have with my brush, to tiptoe around its purpose like a seemingly juvenile act of defiance. I find myself consistently at odds with this. I cannot just allow myself to paint these compositions. Choosing to hand-sew each piece is my way of negotiating this predicament, while simultaneously piling on layers to the conversation. 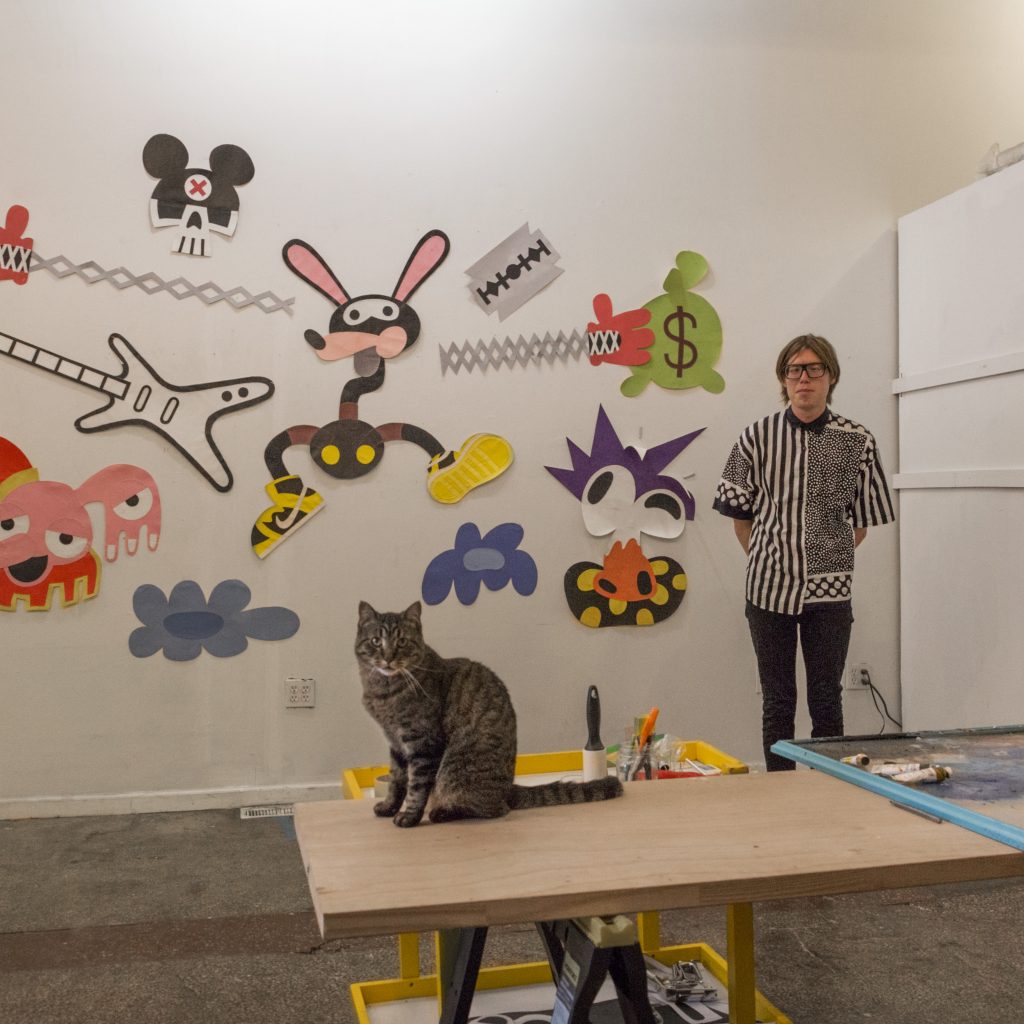 Throw some money at it 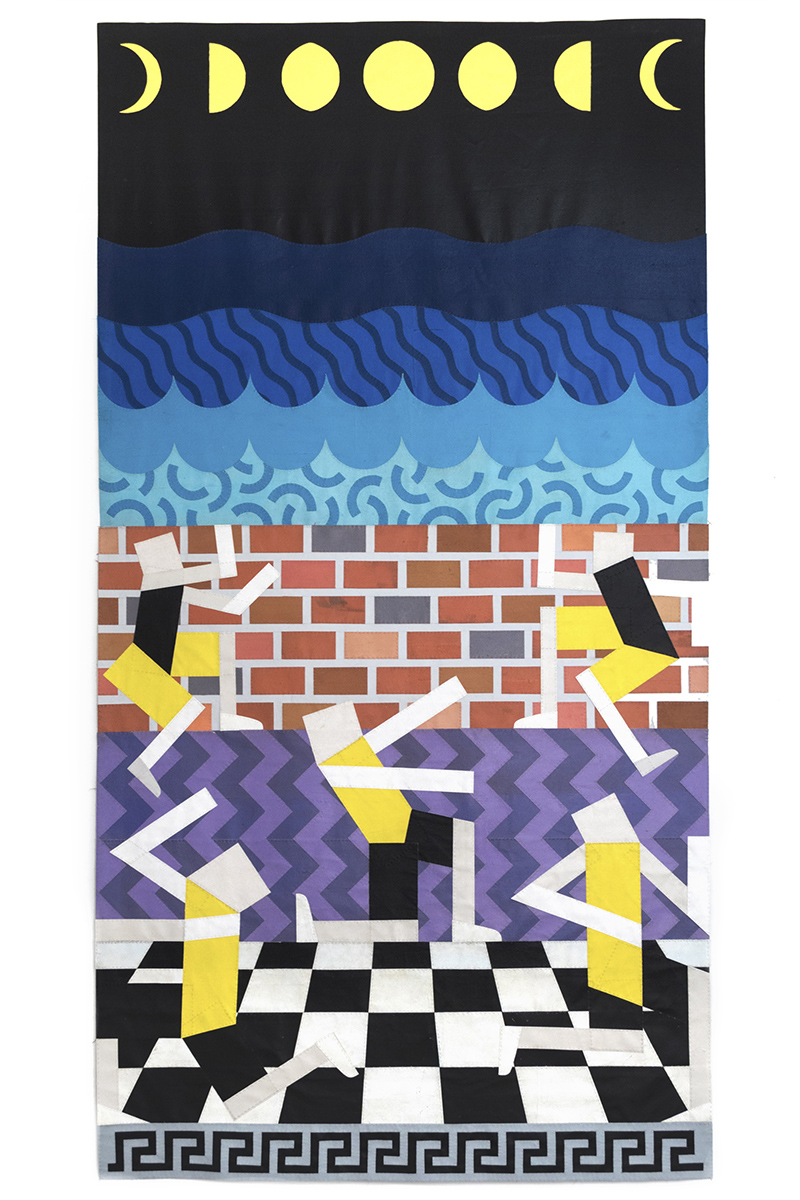 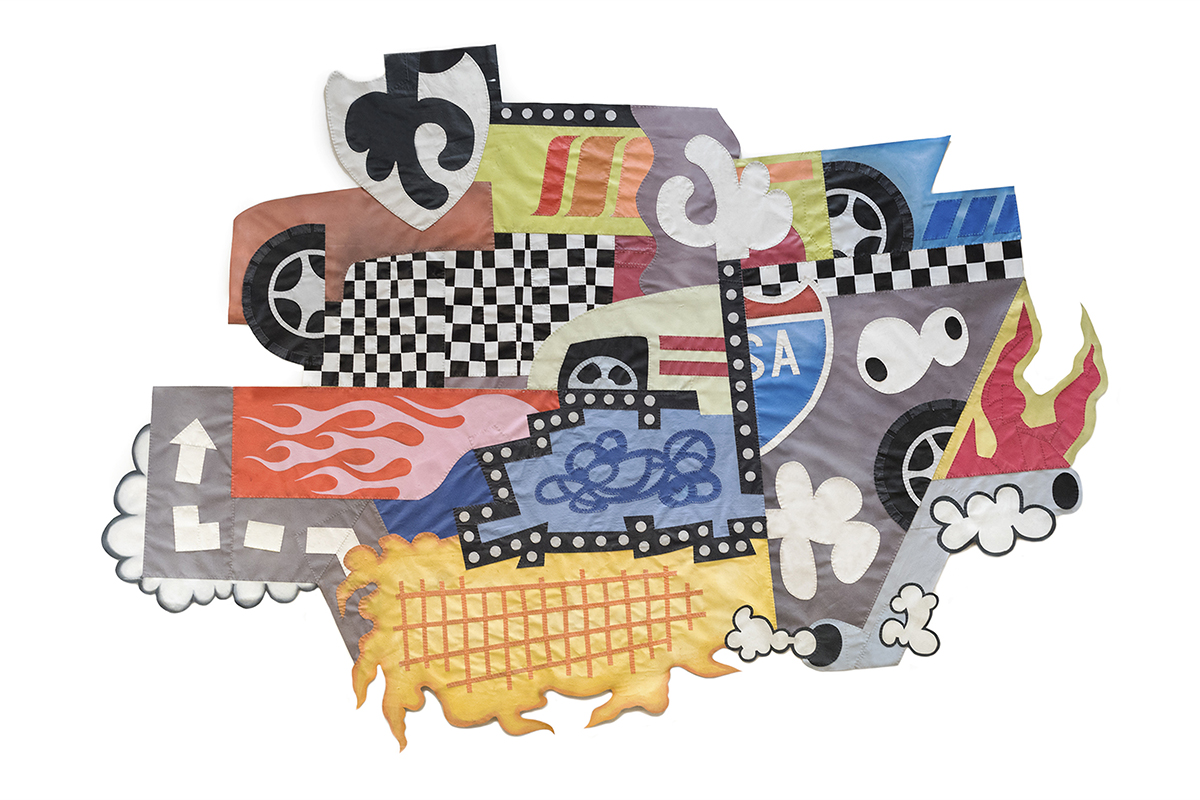 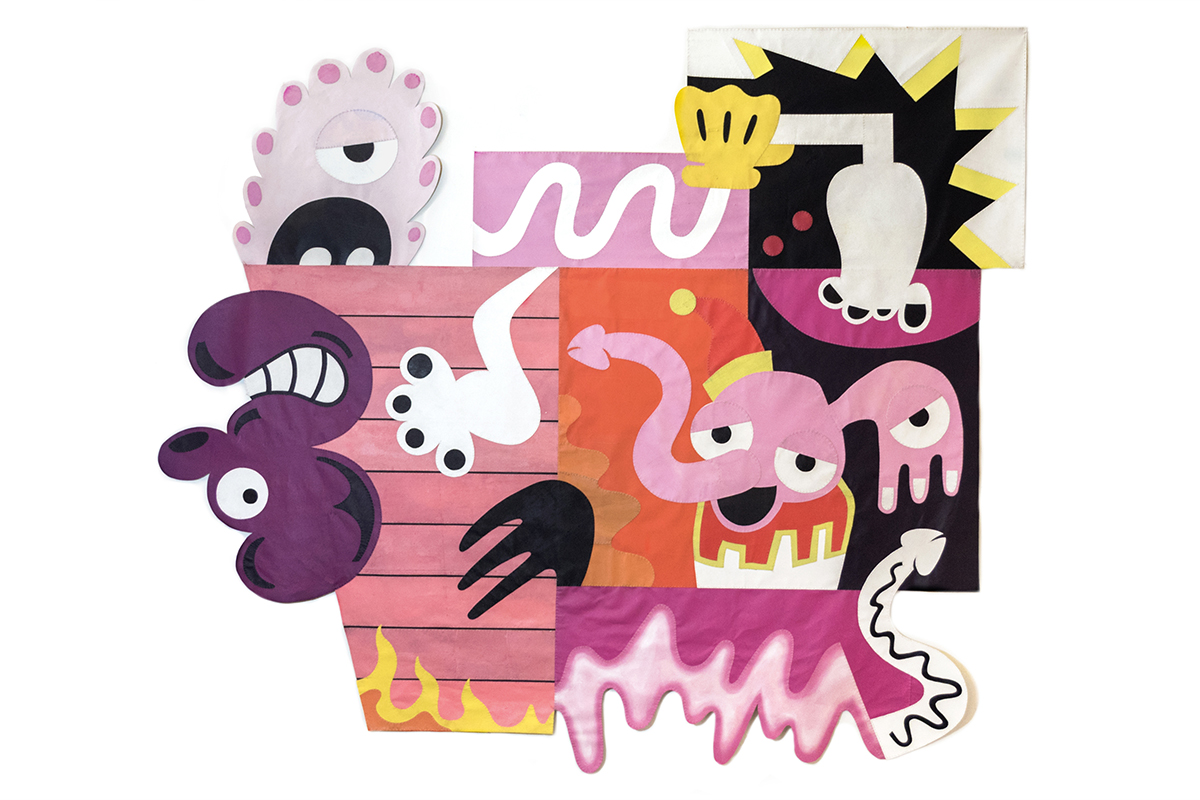 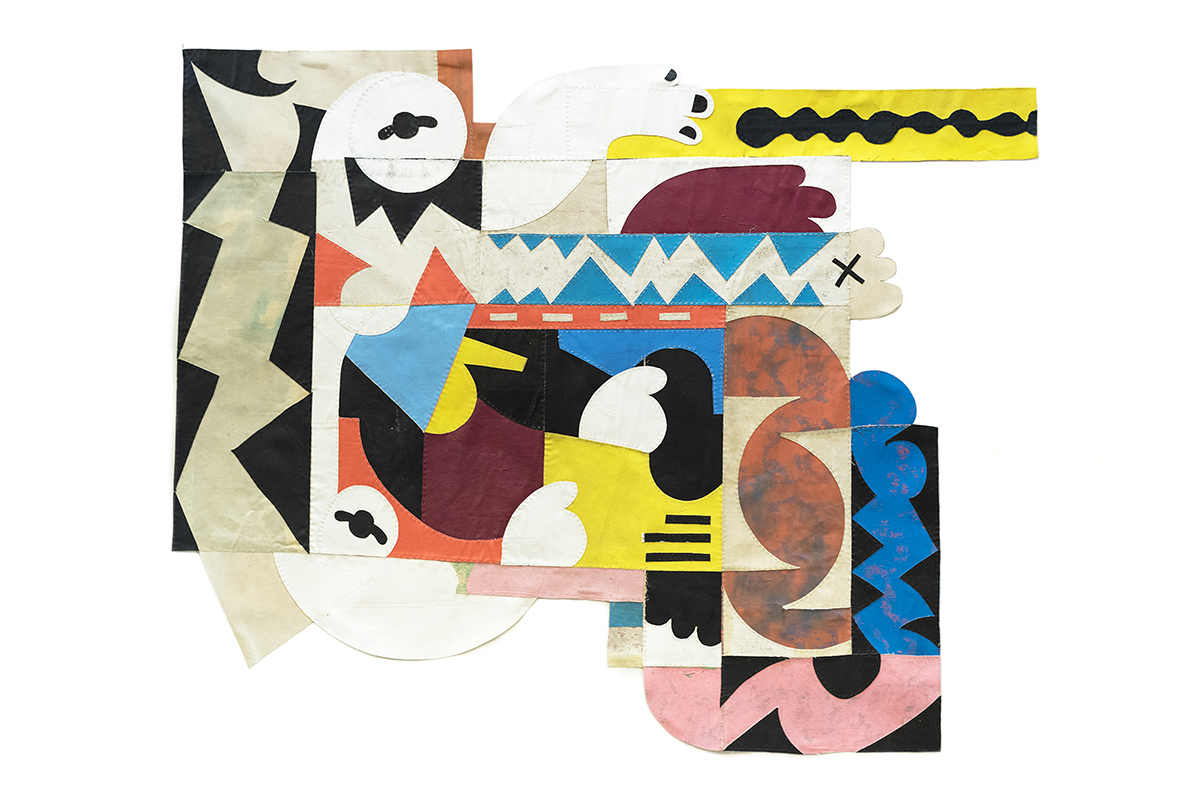 Don Wilkison aka m.o.i, The Minister of Information 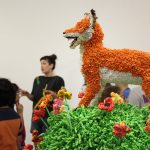 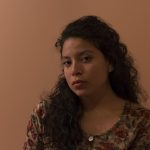