“Music is the paint. Body is the brush. The floor is your canvas. Create your escape.” – James “SugEasy” Singleton

For First Friday in the City Market, come enjoy free music, graffiti and mural art, live breakdancing, and free coloring fun for visitors of all ages! Breakin’ Art will be from 6-8:30 PM in the center space of City Market’s Farmer’s Market and wants your family to experience the art of breakdancing and hip-hop.

Break Free Kansas City Breakers and Souls of Sole will be performing and interactive arts activities will be hosted for children and families. Breakin’ Art will demonstrate visual expression of hip-hop culture for anyone new or experienced with hip-hop! Hip-hop is not just a culture, it’s a movement. Using the colors to represent the multiple cultures to become as one community.

Attendees will learn about different genres of hip-hop and how one genre impacts and shapes genres of similar or different natures! Attendees will also be able to learn and see the positive reinforcement of hip-hop culture firsthand, rather than through traditionally negative portrayals of hip-hop in mainstream media. Learn about how YOU can destroy stereotypes and build bridges.

Breakin’ Art is a 2018 Rocket Grants Award and you can read more about the project at https://rocketgrants.org/rocket-grants-projects/projects-2018-2019/breaking-art/

Support for this work is provided by a Rocket Grants project award, a program of the Charlotte Street Foundation and the University of Kansas Spencer Museum of Art. Funding is provided by the Andy Warhol Foundation for the Visual Arts.

Donald “Scribe” Ross
Instagram: @Scribeswalk
Donald “Scribe” Ross is a 37-year-old interdisciplinary artist currently living in Kansas City, Missouri. The animated, public murals by Scribe are readily recognizable throughout Midtown Kansas City and throughout different part of the United States, Canada and in Mexico, where he has both painted murals and been featured in gallery shows. Scribe incorporates a menagerie of animal characters developed over many years representing a particular, self-referential trait that he inserts in various scenarios. Scribe intersperses personal iconography, biblical and fairytale references, animation and metaphor in works intended as contemporary parables for public audiences, hence the use of his artist name and persona. Through accessible idiom and image, Scribe incorporates humor and play in the conveyance of serious messages regarding personal integrity, attainment of knowledge, and adventure.

In the past five years, Scribe has been focused on a diverse career in art. He is currently the Art Director at Children’s Mercy Hospital in Kansas City where he oversees everything from graphic design, painting murals throughout four locations around the KC metro area, and even managing large scale design and installations like the Terrazzo Flooring project.
Apart from his gallery work, Scribe has also had a children’s book published called “There’s an Octopus Under my Bed,” sold in Barnes and Nobles and stores across the country which has recently sold out.

Phil Shafer, aka “Sike Style,” channels his creative energy in many ways. For over 15 years, he has run his successful art business; Sike Style Industries. His creative practice includes fine art paintings, 2D design and print graphics. His love of street art and graffiti has to lead him to community and corporate projects as a muralist. Murals allow Shafer to transform bland or vandalized surfaces with colorful, positive and uplifting imagery that inspire and create dialogue.

When working with clients, Shafer is able to blend his style with brand standards and create welcome and vibrant artwork for offices, living spaces and school alike.
Shafer was awarded the 2017 KC Urban Hero Award, and ArtsKC Inspiration Grant in conjunction with an international mural project in Kingston, Jamaica. Shafer hopes to continue expanding his style, brand, and art to wish-list projects and international clients.

James “SugEasy” Singleton is a dancer, teacher, choreographer, artist, and advocate for the positivity represented by true Hip-Hop Culture who’s been actively working in the KC dance scene for over 20 years. SugEasy is a practitioner of all the creative elements of Hip-Hop—Breaking, DeeJaying, Emceeing, Beat Boxing and Graffiti Writing. He’s learned these skills from the original pioneers of this positive culture and he’s always on the move to learn more and grow more so he can constantly become a better artist and teacher. Mostly though, SugEasy invests his time in sharing his authentic knowledge with all people in his community–from many different races, ages, cultures, and backgrounds.

SugEasy’s goals are to enlighten as many minds as possible, to elevate the Hip-Hop movement, and to change the public’s perception of his culture from the negative to the positive.
His unending love for dance has led him to many other wonderful opportunities but his main focus always remains to educate, motivate, and inspire children and adults of all ages and capabilities. This has taken James’ drive far beyond the dance room floors and into local communities. James finds joyful gratitude in his heart when he has the opportunity to teach kids with Down Syndrome and Autism. He has also been blessed to be able to work with homeless and troubled adolescents in several Kansas City group homes, churches, and schools, as well. In all of these settings, James not only serves as a choreographer or dance instructor… but as a friend and mentor to all.

Windy Farr was born and raised in Mexico and was always that one kid you would find dancing to any song. At age six, she started learning simple choreography from her uncle (formerly a professional dancer/teacher) and began performing a dance for a clown and puppet show. Eventually, Windy took over this dance troupe and started incorporating and teaching her own choreography.

In 2011, Windy and her family moved to the United States, making a new home in Kansas City where she began training in ballet, modern dance, and hip-hop inspired choreography. Windy’s love and passion for dance have only grown as she has branched out to other styles over the years, however, urban soul dance retained a special place in her heart. In 2014 she was fully introduced to hip-hop culture and she completely immersed in its various styles of street dance–her focus being hip-hop and breaking.

She has gone to New York, Puerto Rico, Houston, LA, Chicago, and Saint Louis for various dance intensives and events to learn from pioneers of hip-hop while still training under her mentor, Sugeasy, and with her crew in Kansas City. It is her vision to share TRUE Hip Hop culture to everyone and bring up dancers who will be able to tell stories and touch souls, pour their hearts out on the dance floor, and share the same love for movement and a great beat.

Starting at the age of 12, he was a resident DJ at the old Skateland roller rink in Kansas City, MO. These days, anybody who knows Kansas City hip-hop knows him as Joc Max. For almost 30 years he’s been a leader, a mentor, a friend, a producer, a party starter to this community.

In the mid-’90s, in addition to DJ-ing and producing, Joc rapped in a group, the Basement Khemist, alongside Taha and J Lee, and scored a deal with Elektra. Although the record was never officially released, the music made it to the radio, in Kansas City and New York alike. Back when no one in the city had yet carved out a distinct hip-hop sound, Joc was in his mother’s basement using an SP-1200 and making East Coast, Neo-Soul, Hip-Hop music.

Joc had the record deal, a nationally acclaimed remix for 1990’s Das EFX, producing for De La Soul and a budding friendship and musical partnership with Brooklyn’s legendary DJ Spinna. But through it, all Joc remained committed to Kansas City’s scene. These days he still spins at parties around the city. 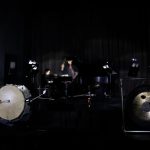 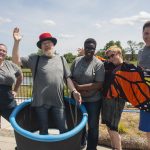