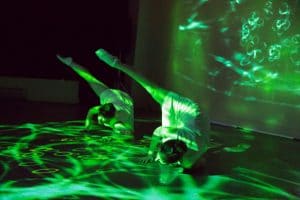 Annie Woodfill and Luke Russell will be creating a week-long kinetic installation in the Paragraph Gallery using found material and electronics to create a stage for chance-based interactions between sounds and movement. Parade Route will feature actor/writer David Wayne Reed with live accompanying music by Simon Fink.

Annie Woodfill and Luke Russell will be creating a week-long kinetic installation in the Paragraph Gallery using found material and electronics to create a stage for chance-based interactions between sounds and movement. Parade Route will feature actor/writer David Wayne Reed with live accompanying music by Simon Fink. 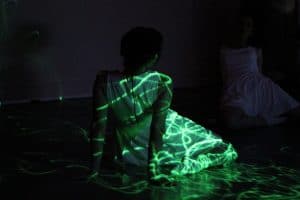 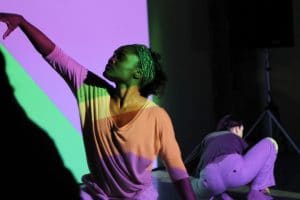 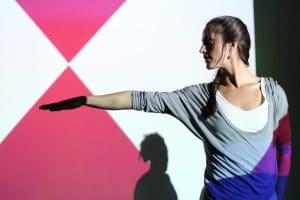 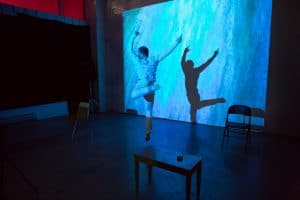 ABOUT ARTIST: Chadi El-Khoury
Originally from Beirut Lebanon, Chadi El-Khoury spent his formative years in Dallas, Texas. He began studying ballet his senior year at Creighton University in Omaha, Nebraska. Chadi graduated in 2010 with a B.A. in Theology and Sociology, minoring in Applied Research Methods before pursuing a BFA at the University of Missouri, Kansas City, Conservatory of Music and Dance. He then spent the summer of 2010 and 2011 at Kansas City Ballet Summer Intensive and attended American Dance Festival in 2012 on scholarship. Currently, Chadi is a Performing Artist through the Charlotte Street Foundation’s Urban Culture Project Studio Residency. His work is found at http://www.chadodanse.com/

ABOUT Simon Fink
Simon Fink is a composer of acoustic and electronic music. His work has abiding interests in Americana, song forms, and multimedia. Recent pieces have included The Open Boat, an electroacoustic opera based on the work of Stephen Crane premiered by Black House Collective, MIC CHECK, a commission from the Assembly Saxophone Quartet, and a collaborative performance with choreographer Jane Gotch as part of Breathe, a multimedia installation by visual artist Carrie Scanga.

Simon’s music has been played and premiered by Grammy-winning artists eighth blackbird, the Pacifica Quartet, the Saint Paul Chamber Orchestra, Kevin McMillan, and Ian Howell, among many other outstanding musicians. He has won honorable recognition from organizations like the American Composers Forum, the New York Youth Symphony, and the American Academy of Arts and Letters, and his music has been featured at festivals and conferences including MATA, the Staunton Music Festival, and the MoMA (NY) Documentary Fortnight Festival.

ABOUT Eric Honour
Devoted to exploring and furthering the intersections of music and technology, Eric Honour’s work as a composer and saxophonist has been featured in numerous international conferences and festivals. A member of the Athens Saxophone Quartet as well as an acclaimed soloist, he performs regularly in Europe and the United States. Honour’s music has been described as “fast, frenetic, and fiendishly difficult” and performed around the world by such notable artists as Quintet Attacca, Krista Martynes, Winston Choi, the Thelema Trio, and Quartetto Musicattuale. His work can be found at http://www.erichonour.com/.

ABOUT Luke Russell
Russell is an audio engineer, composer, and sound artist interested in the intersections of visual art, sound, and installation. He received a B.M. with an emphasis in Music Technology and a minor in art from the University of Central Missouri while interning briefly at IRCAM.

ABOUT David Wayne Reed
David Wayne Reed has been described as an “actor, writer and a bon vivant” as well as “a one-man classic rock circus.” His one-man show, Jolly Rancher (2012) sold out all of its shows at the Seaside Rep (Seaside, FL) and the Fishtank Performance Studio (KCMO). He wrote/directed Mother Trucker (2004), Mother Trucker 2: Ride On (2011) and adapted/directed Come Back to the 9 to 5 Dolly Parton Dolly Parton (2002, 2006). Reed was voted Best Actor: Reader’s Choice and Best Trouper in the Pitch Weekly in 2000 and Best Actor/Actress in 2008. Reed is a 2011 Arts KC Inspiration Grant recipient, and a 2013-2014 Charlotte Street Studio Resident.

ABOUT Annie Woodfill
Woodfill is an installation artist and a current Charlotte Street studio resident. She majored in painting at KCAI and works with collaged found materials and ephemera to examine ideas of locality, rehabilitation, and emergence.