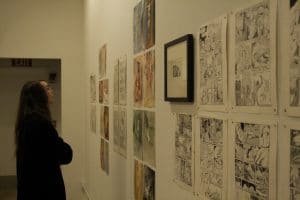 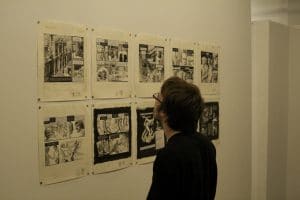 Artist-curators Anne Thompson and Nathan Boyer present an exhibition drawn from the vast archive of the multifaceted painter, printmaker, collector, and comic artist Frank Stack. Stack, who retired in 2003 after forty years as an art professor at the University of Missouri, Columbia, is also the graphic artist Foolbert Sturgeon. He created this pseudonym as a young man, allowing him to satirize politics and religion without running afoul of Midwestern conservative sensibilities.

In 1962, Stack published The Adventures of Jesus, considered many to be the first underground comic book. He went on to become an internationally renowned graphic novelist, collaborating with writer Harvey Pekar on the American Splendor comics and illustrating the critically acclaimed graphic novel Our Cancer Year (winner of the 1995 Harvey award for Best Graphic Album of Original Work), all the while continuing to produce conventional landscapes, portraits, and nudes under his real name.

With this exhibition, MU professors Thompson and Boyer explore the politics of artistic identity — both Stack’s negotiation of his artistic personae and the artist’s role more generally. The show combines Stack’s traditional work with rarely seen original drawings from his graphic novels and considers both bodies of work in the context of Stack’s large personal collection of Old Master prints. Works by artists including Daumier address the problems of the artist in society, including the desire for fame balanced against the struggle to maintain creative integrity.

Gallery Talk with curator and artists 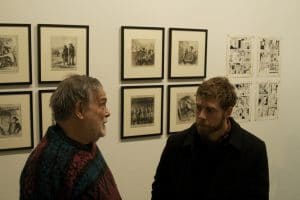 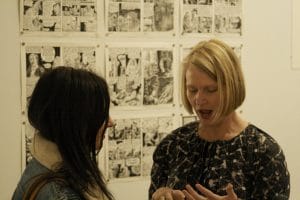 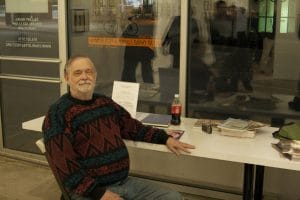 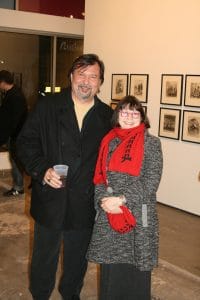 Charlotte Street Foundation
Charlotte Street identifies the needs and fuels the evolution of an ever-changing multidisciplinary arts ecosystem, acting as its primary provocateur. We cultivate the contemporary, the exceptional, and the unexpected in the practice of artists working in and engaging with the Kansas City art community.
Recommended Posts 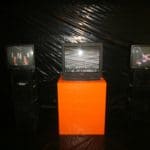 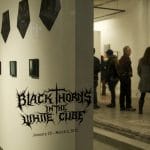 Black Thorns in the White Cube