This event has been cancelled in response to safety protocol regarding COVID-19. Please continue to follow us for more updates about future public programs.

In March 2020 comes Making Moves 15: Flamenco! Join us as we celebrate Flamenco and our local Flamenco community in the Kansas City metro area. The evening will consist of a screening of the film Flamenco Syndrome by Bijoyini Chatterjee, a musical performance by Beau Bledsoe and Antonio Rojas, and a discussion with Melinda Hedgecorth and more from the Kansas City flamenco community.

The event is FREE and open to the public. All ages are welcome. Doors open at 7:00PM and the performance starts at 7:30PM.

A monthly gathering, Making Moves provides a platform for local movers and makers to create, produce, and share new choreographic works. Making Moves aims to build community through a shared passion for dance and movement. The series is produced by Kyle Mullins and made possible by Charlotte Street Foundation.

ABOUT THE FILM
Passion for flamenco dance takes the Indian-American filmmaker to Jerez (Spain). Encounters with the local gypsy and non-gypsies blossom into friendships as the filmmaker tries to understand the Flamenco Syndrome: the inexplicable seduction by these mysterious songs and addiction to dance. As the music seeps into her pores, the filmmaker finds herself profoundly transformed by the songs, the dance, the people and landscapes. The film reflects on how to sing the songs of others and in the process reveal one’s essence in a foreign, predominantly gypsy culture that has an incredible attraction.

ABOUT THE ARTISTS
Bijoyini Chatterjee is a filmmaker, photographer, dancer, and is the co-founder of Onirica Productions. Born and brought up in India, she was introduced to the world of films by her mother Gayatri Chatterjee who is a renowned film scholar, author and film-maker. She moved to Boston, MA to pursue a career in software design but a near fatal car accident at the age of 27 served as a catalyst for change. She has been pursuing filmmaking and photography full time since 2008. Her short film When I Was (2010) was selected for the Cologne Online Film Festival, and was also shown at the Budapest Short Film Festival (BuSho) in 2010. Bijoyini was an assistant director for Indian filmmaker Gayatri Chatterjee’s Homes for Gods and Mortals (2010). She collaborates with many international artists, dancers and was part of Boston based initiative – Community Supported Film. Flamenco Syndrome (2018) is her first feature length documentary. Currently she is working on her second feature length documentary Conference of the Birds (2020) with Juan Carlos Barrera Romero about a group of 8 dancers from 8 different countries who meet in Boston to interpret a 12th century Sufi poem by the same name. Bijoyini is also working on a documentary What Happened to Our Dreams (working title) about the portrait of the 60s generation from the counterculture movement that changed the social and cultural landscape of a ghost mining town called Bisbee, AZ. She lives and works in the southern border town of Bisbee, Arizona with her partner Juan Carlos Barrera Romero, and their daughter Adhara Alba, where they are involved with film and music projects on both sides of the US-Mexico border.

Beau Bledsoe performs and records classical music, jazz and folkloric music from around the world as he seeks to integrate different musical cultures with diverse audiences. Through his many varied projects and ensembles, Beau has toured extensively throughout Europe, Russia, South America and North America in addition to producing fifteen recordings under his recording label Tzigane. Beau is currently artistic director and founder of Ensemble Iberia which explores the music of Spain, Portugal and the colonial Americas. His southern roots have recently led him to begin performing the country and western music that he grew up with in Little Rock, Arkansas.

Antonio Rojas is a singer and electric guitar player who has been a performer since his early teen years touring Andalucía, Spain playing blues, soul and rock covers in English and Spanish, as well as his own compositions. Since moving to the USA in 2018, Antonio has widened his focus to include flamenco singing as a way to maintain contact with his roots in Sevilla. He has been a guest artist with Ensemble Ibérica and is a founding member of group Flamenkcmo with Melinda Hedgecorth. He performs regularly in his dual roles as rock/blues guitarist and flamenco singer. 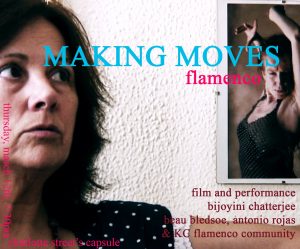 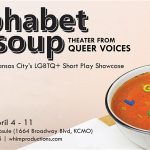