Charlotte Street presents a new artist series, PEER, starting Wednesday, March 24th, 6:30- 7:00 PM. Each monthly program features short slide presentations from artists at different stages in their art practice. Each artist is selected based on their impact in Kansas City through risk-taking, openness, collaboration, and excellence.

This rapid-fire 30 minute Zoom event will consist of short, five-minute slide presentations (similar to a Pecha Kucha) consisting of ten slides, thirty seconds per image. Each presentation will include examples of artists’ portfolio, upcoming projects and influences. Following the presentations, the artists will participate in a group discussion facilitated by CSF.

Guests may join in the conversation through Charlotte Street’s Eventbrite link or Facebook Live. PEER programs will be recorded and shared following the event date. 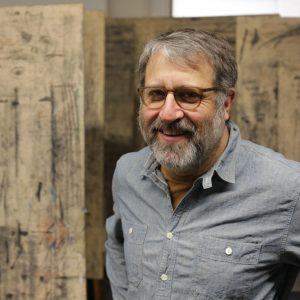 Grounded firmly in drawing, Michael Krueger works in a variety of media including, painting, drawing, printmaking, animation, and ceramics. His ideas dictate the media and he floats freely between them. Krueger’s artwork reflects a deep interest in American history, contemporary American culture, art history, the human experience, and personal memoir. The psychic potential of drawing and the permeating ways in which the quality of a line or a smudge can affect and reflect the human psyche are at the forefront of his creative practice. 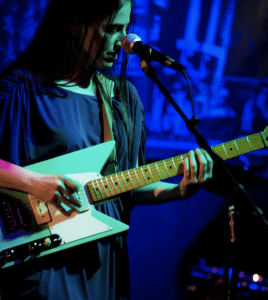 Mikal Shapiro is a Kansas City filmmaker and singer/songwriter/musician. Mikal operates State City Films, new media house based in Kansas City. She has worked on commercial, non-profit and independent film productions since 2008. She received her MFA in Film/Video/New Media/Animation from The School of the Art Institute of Chicago in 2012. She has been involved in music and the arts for over two decades.

Her musical influences span popular songs, psych rock, lounge and old-time spirituals. A third-generation storyteller, she draws inspiration from her travels, love life, and the state of the Union. She has toured extensively across the United States and recorded five albums including three solo albums. 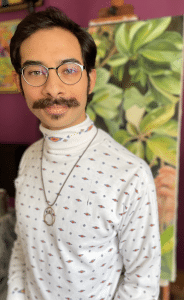 Robert Anthony Castillo Brea is a first-generation American born to a Mayan-speaking father from a small village in the Yucatán Peninsula of Mexico, and a Dominican mother who can dance bachata all night long. He is founder of the groove jazz ensemble The Sextet, and has performed all over the United States collaborating with musicians of any genre. One of these groups, The Standard vocal jazz ensemble, has been awarded the Downbeat Music Award seven times. As well as composing for jazz orchestrations, Castillo writes for solo piano, concert band, avant-garde trios, and everything in between.

Just as varied as his music career, Robert’s visual art practice include subjects such as Post-Classic Mayan imagery, geometric abstraction akin to Kandinsky, realistic portraiture, and at times incorporates Van Gogh-like impressionistic elements. In addition to oil, he also utilizes gouache, watercolor, acrylic, colored pencil, spray paint, paint pens, glitter, and whatever else he can get his hands on. @blob_castle 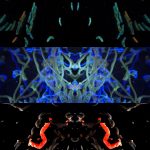 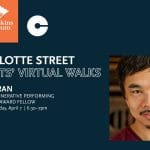