Tickets are $5 at the door (please provide cash).

Following the astounding reception of their first EPs German psychedelic electronica trio Sea Moya – currently residing in Montréal, Canada – just recently released their expansive debut album, “Falmenta.” Recorded in a reclusive cabin in the Italian Alps just above Lago Maggiore it is a result of total withdrawal from everyday life, the distraction of technology and any influence from outsiders.

Inspired by a wide-ranging and rather unexpected group of influences Sea Moya present an eclectic mixture of Krautrock, Afrobeat and Electronic Funk music. Filtering analogue instrumentation through tape saturation, modular systems, and a vast array of effect pedals, this psychedelic beat outfit reshapes and cuts up their original ideas, producing their own distinctive sound – which unfolds especially in their live show that they’ve taken on the road extensively – including SXSW, Canada and Europe. You can hear echoes of the multi- instrumental psych of Tame Impala and the easy electronica of Toro Y Moi, just as much as William Onyeabor’s deconstructed African disco or J Dilla’s hazy production.

Sea Moya was formed in summer 2014 in between shipping containers in a German harbor. Current band members are David Schnitzler (Vocals), Elias Foerster (Bass), and Tilman Ruetz (Drums) + a whole lot of synthesizers. You can follow the group on Facebook, Instagram and Twitter. 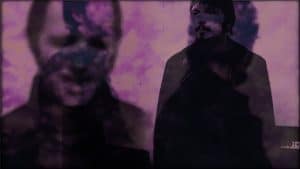 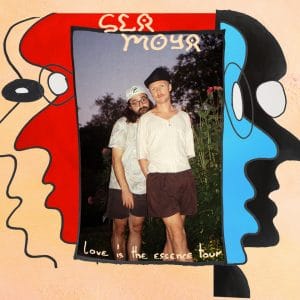 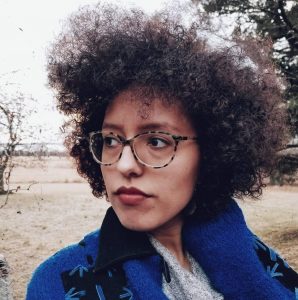 Monta At Odds is a Kansas City combo led by the brothers Dedric and Delaney Moore. The two have played music together all their lives and have been exploring the Monta At Odds sound since the band’s debut in the year 2000. Dedric’s pulsing, melodic bass and Delaney’s artfully unhinged synthesizers frame the band’s central character, which is fleshed out by a talented cast of musicians and collaborators. For “Argentum Dreams,” Monta At Odds is joined by area native Taryn Blake Miller, AKA Domino Record Co. artist Your Friend, who contributed lead vocal and guitar on the majority of the album’s songs. The result is a heady sonic pool that has been inscrutably referred to as ‘Ummagumma meets Arthur Russell’s mutant disco at Vangelis’s house.’

2019 finds the addition of acclaimed vocalist, guitarist, and songwriter Mikel Shapiro to the band’s lineup. With Mikel’s otherworldly contribution, Monta At Odds continues to push their alternate reality into streamlined consciousness. The group is presently in the studio recording the follow-up to Argentum Dreams. Expect minimal rhythms set to maximum noise, slo-mo psychedelic funk, endless dub echo, and extended-cut warped disco. Live musicians manipulating time and space via knob turning, cymbal cracking, and pedal pushing as they interlock into hypnotic moments of heavenly bliss that seem to hold forever, captivating the mind.

Alex Kimball Williams, the artivist behind Bad Alaskan, combines their native and black heritage into synth-based electronic music with dance and meditative vibes. You will hear elements of jazz, soul, R&B, classical and ambient music. Much of their music relates to their work in the medical field, ecology and multicultural identity. You may recognize them from the Lawrence Songbook showcase, the cover of I Heart Local Music magazine, or from their articles & activism around ethnic conflict. 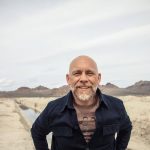 A Night Out with Buddy Wakefield & Ebony Stewart 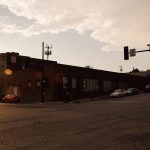