Spine Showcases finishes off the summer season with NEW performances from Amber Underwood and Kadesh Flow! Spine Showcases is a monthly concert series featuring the best contemporary jazz artists in Kansas City for free.  Curated by Kelley Gant, patrons can expect some of the freshest experiences that the Kansas City jazz scene has to offer. Featured artists for the next show on Thursday, August 22, 2019, are local musicians Amber Underwood and Kadesh Flow. Amber Underwood will be specifically providing a sneak peek into her upcoming EP!

Spine Showcases are FREE and open to the public. Every show takes place at Capsule (located 1664 Broadway Blvd, KCMO). Spine Showcases occur on the third Thursday of every month. Doors open at 7:30 PM and the performance begins at 8:00 PM. 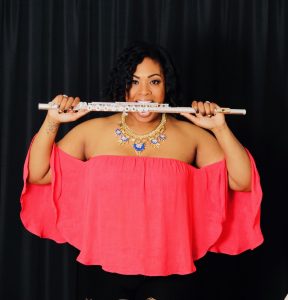 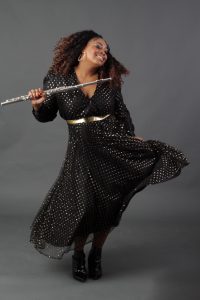 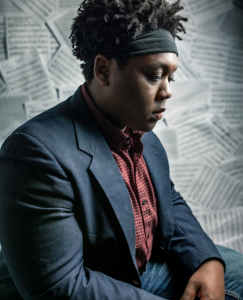 Jazz flutist, educator, band director, model and vocalist Amber Underwood is a native of Kansas City and has been entertaining and performing with music since the tender age of 8. She began her musical journey on the piano and soon after began playing classical flute.

While in college, Amber discovered jazz and became intrigued with the art form inspired by musical influences of Bobbi Humphrey, Hubert Laws, Frank Wess, Herbie Mann and Nestor Torres and found a love for the art form. At age 20, Amber graduated from Wichita State University with a Bachelor of Music in Flute Performance and by 23 she completed a Masters of Arts in Arts Administration and Music Business from the University of Missouri Kansas City Conservatory and continued her education with a second Master’s degree in Education and Teaching Music from Pittsburgh State University.

Amber has been a presence in the Kansas City jazz scene making a place and a voice for her instrument. In the beginning of 2014 the Amber Underwood Project was formed with original members Drew Davis, DeAndre Manning, and Tyree Johnson with the mission to showcase an instrument that is normally used as an auxiliary instrument in jazz but now as a solo instrument. AUP is a modern and fresh take on smooth jazz and R&B sounds. AUP uses the rich tones and colors of the flute to interpret the various styles and genres of jazz.

Kadesh Flow is a Billboard charting rapper, trombonist, and producer who has been wowing both suspecting and unsuspecting listeners with his musical versatility since his early teens. At age 11, ‘Desh, as many of his listeners call him, began rapping and playing trombone within two weeks of one another. Now, Desh actively blends his jazz and hip-hop backgrounds into riveting musical performances that boast personal, dexterous lyricism and bold, virtuosic trombone playing.

Kadesh’s wide-reaching content hops from socioeconomic musings to life bars that are laced with anime and video game references, some of which have led to placement opportunities with Toonami Asia and various documentaries and web series. He also boasts performances supporting artists such as Janelle Monae, Dave East, The Revivalists, Tech N9ne, Phora, Naughty by Nature, Caroline Shines, mc chris, I Fight Dragons, and numerous other prolific acts.

Kadesh is a member of the NPC (Nerdy People of Color) Collective, through which he is working with Founding Member Mega Ran and fellow NPCs such as Sammus and Richie Branson to both collaborate on fun, relevant content and foster a community for underrepresented nerd enthusiasts. Currently he is lighting up stages around the country, gracing such events as Official SXSW Showcases, MAGFest, PAX Prime, FanExpo: Dallas, Anime Expo & Otakon, as well as various music venues throughout the country. 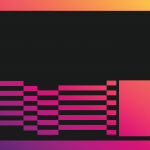