Spine Showcases is ready for the month of March! With programming curated by Kelley Gant, patrons can expect some of the freshest experiences that the Kansas City jazz scene has to offer. Eddie Moore will performing this evening, featuring a project that will promote unity and inclusiveness through Improvised music with the integration of technology. Integrating improvisation with sampling, and video technology.

Also featured this evening will be the Steve Lambert quartet, playing new original music to be recorded on an upcoming record in April 2019. 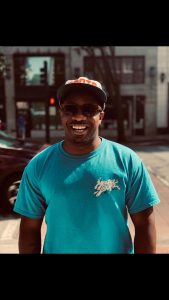 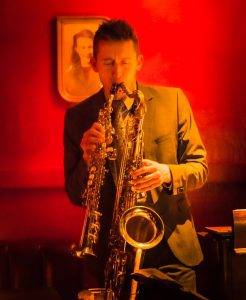 Jazz runs deep in pianist and bandleader Eddie Moore’s veins. Raised in Houston Texas, he began his musical journey at Texas Southern University where he later earned a Bachelors in Arts and immersed himself in the Houston music scene. As a lifelong musician traversing a number of bands and styles he relocated to Kansas City to study under Bobby Watson at the University of Missouri-Kansas City where he received a M.A in Jazz Studies.

Moore is also recipient of the 2016 Charlotte Street Generative Performance Award for his genre bending collaborations. 2017’s Kemper Museum of Contemporary Art “Artist in Residence” in collaboration with Rashid Johnson. In 2018 his work with Eddie Moore & The Outer Circle was nominated for and Indie Music Award for original song “007.”

Steven Lambert is a masterful saxophonist on the Kansas City Jazz scene. He has released four albums as a leader, “Subject to Change,” “In The Moment with the KC Sound Collective,” “Steven Lambert Quartet and Trio LIVE!,” and most recently, “Seven Stories with the Steven Lambert Quintet.” Since arriving in Kansas city in 2006, Steven has blazed a trial through every jazz venue in Kansas City, from the Kaufman Center for the Performing Arts, to the Mutual Musicians Foundation. A true disciple of the music, Steven has a vast knowledge and appreciation for the jazz idiom that is evident in his playing.

Kelley Gant oversees programming for Spine Showcases in 2019. She is a KC-based vocalist who is passionate about her musical community. Her creative work includes deep knowledge of vocal tunes within the American Songbook, as well as various looping machines and effect pedals. A talented improvisor, Kelley is adept at using her vocals, whistling, and arsenal of effect pedals to create beautiful music on the fly while working within a traditional jazz ensemble or her small electro/acoustic band.

In addition to performing and writing music, Kelley has worked as an event band producer and producer of one-time performances, working with hundreds of Kansas City’s musicians. Her organizational skills combined with her dedication to imaginative original work give her a unique perspective, which she is using to elevate and promote overlooked talents in Kansas City. 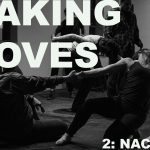 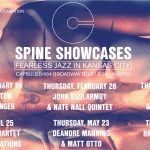