Rocket Grants, a program of Charlotte Street Foundation and the Spencer Museum of Art, awards $60,000 to 10 grant recipients for 2017.

Rocket Grants, funded by the Andy Warhol Foundation for the Visual Arts, announces its 2017 Grant Awards. A total of $60,000 was awarded to the selected artists and artist teams, bringing the total awards to regional artists to date to $392,000. The ten recipients funded this year, brings the total number of cross-disciplinary projects supported to date to 81—which have directly involved at least 209 artists.

Rocket Grants Program Coordinator, Julia Cole, said, “For the last eight years the Rocket Grants program has funded artist-driven and artist-centric projects that engage the diversity of cultural communities across the Kansas City region. The media in which this year’s selection of artists will work include film; publications; a street dance web series; a public mural by and for women of color; a mobile cultural hub; a fermented beverage cart; mandalas made from heirloom quilts and farm machinery; a residency; and a new artist-run space. The issues addressed by the work are equally broad: tensions between the Black community and Black police officers; isolation in rural communities; an almost-forgotten Missouri Creole culture; the Latino history of Kansas City’s Westside; Black Agriculture and socio-ecology; and safe, creative spaces for the LGBTQIA community. Rocket Grants projects continue to engage the region with experimental forms and ideas, support exciting new directions for artists, and amplify marginal voices.”

An Awards Ceremony will be held on Thursday, June 8th, 2017, at the Healthy Rivers Partnership in Kansas City’s West Bottoms – at which the new awardees will make a 3-minute pecha kucha presentation about their project. Map: https://goo.gl/maps/uic4qgJiyV12

Rocket Grants are in their eighth round of funding. The program is designed and implemented through a partnership between the Charlotte Street Foundation and the Spencer Museum of Art at KU, with funding from the Andy Warhol Foundation for the Visual Arts.

More information about the awarded projects can be found at: https://rocketgrants.org/rocket-grants-projects/the-projects-2017-2018/

Grantees are as follows:

BLACK & BLUE: A documentary that will be aimed at building a bridge between black police officers and the black community during this time of racial tension. The video will be shown at the Southeast Community Center, with the police and the community in attendance together, opening the door for dialogue and providing opportunities for building better relationships.

Alter: Art Space: A collaborative, multidisciplinary, artist-run space that seeks to connect a variety of creative disciplines through interactive environments and unexpected programming. Sited in Kansas City, Alter will bring installation, performance, and painting together with diverse musicians, actors, and dancers, expanding traditional notions of theater, gallery, and night-life, and providing a variety of inclusive programming. 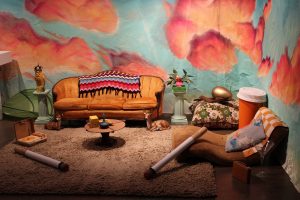 Wak’ó Mujeres Phụ nữ Women Mural (Kanza, Spanish, Vietnamese, English): A project that will collect stories and histories about women of color and translate them into a public mural in Lawrence, KS, made by artists who are also women of color. The written, audio and video stories collected for the mural will also be presented on the project’s website. 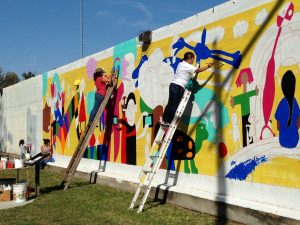 The Roaming Center for Magnetic Alternatives (RCMA): A lending library of over 500 VHS tapes and video technologies traveling Mid-America to connect with outlying LGBTQIA populations, exploring the correlation between queer culture, video history, and a medium on the edge of obsolescence. By providing a media center for screenings, dialogues, artist-led videography workshops, and equipment access, the immediate aim is to empower communities who wish to uncover and tell their own stories. 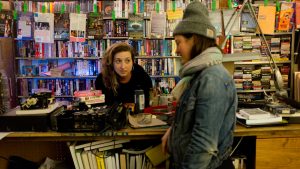 Asiminier: Folklore of the Missouri French Creoles: A feature-length documentary celebrating a distinctive culture in Missouri, that will include interviews describing the historical and cultural context in which the Creoles’ folkways were preserved for 300 years. Folktales specific to the region will be included as cut-paper animations with narration in the original French dialect. The finished documentary will be made available to Missouri schools, and screened at local libraries. 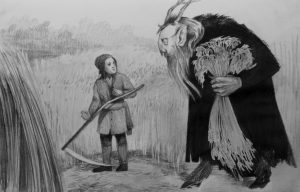 Paz En El Barrio (Peace In The Hood): A publication preserving and celebrating the rich Latino culture within the Westside of Kansas City, chronicling important historical events, members of the community, businesses, etc; through photo, video and audio documentation. The resulting publication will be made available in surrounding public schools, libraries and community centers, and at a special celebration in partnership with the Guadalupe Center. 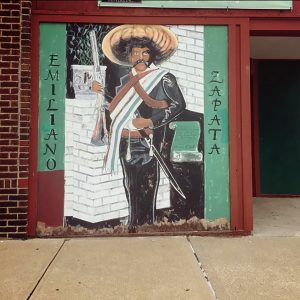 Eternal Harvest: A short film about the cycle of life – depicted by the growing season on the Reed family’s rural Kansas farm – will be projected on the side of a large, hilltop barn.  Using drones to film site-specific dance, mandalas made from heirloom quilts and agricultural machinery, and seasonal footage of the surrounding farmland, the video will cross-pollinate disparate communities in artistic collaboration, and create meaningful ‘town and country’ exchanges.

The Art + Agroecology Project: AgroArt: A residency program designed to sustain and host creative practices and socio-ecological interventions. Artists will be immersed in a live/work residency on a 22-acre organic farm in Kansas City, MO over two seasons. A community-focused Black agrarian production model will provide resources to creatively investigate and address community food injustice, and culminate in a free publication providing remedies for historical land injustices and celebrating the future Black imagination. 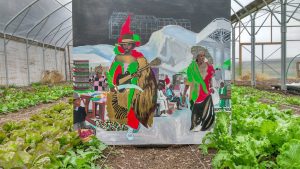 This is our scene: A multimedia exploration of street dance and contemporary art spatial and network paradigms. The process involves a 7-part web-series made available for free on-line, a mockumentary film co-produced by 31st&Brklyn, and a street dance performance/battle/jam.

Garden Variety Soda Fountain: A sculptural and public engagement project taking the form of a mobile soda fountain. A community garden site will be used in year one to grow the ingredients for the fermented sodas, which will be served to the public at the garden and other locations in the summer of 2018. Programming for the project will include workshops and activities for all ages about growing, fermentation, art, and the civic and political issues raised in the piece. 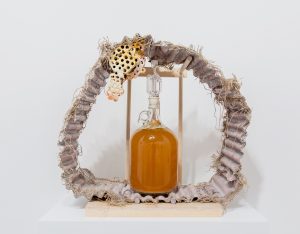 Rocket Grants 2017-18 are supported by a $60,000 regional re-granting award from the Andy Warhol Foundation for the Visual Arts, and are developed and implemented by a partnership between the Charlotte Street Foundation in Kansas City, and the Spencer Museum of Art in Lawrence. They are specifically intended to encourage work that is interdisciplinary and underrepresented, and that engages or benefits an audience somewhere other than in an established arts venue, museum or art gallery. The long-term goal of the program is to both encourage emerging and non-traditional art practices in the Kansas City region, and also to contribute to a thriving artists’ community. Awarded projects are therefore evaluated not only on the artistic merits of the proposed projects, but also on their capacity to stimulate further growth in a diverse and supportive art ecology characterized by unconventional and expansive forms of interaction, exchange, provocation, and surprise. http://rocketgrants.org.

Charlotte Street identifies the needs and fuels the evolution of an ever-changing multidisciplinary arts ecosystem, acting as its primary provocateur. Charlotte Street cultivates the contemporary, the exceptional, and the unexpected in the practice of artists working in and engaging with the Kansas City art community. Since 1997, Charlotte Street has distributed over $1.1 million in awards and grants to artists and their innovative projects, and connected individual artists to each other and to the greater Kansas City community. For more information about Charlotte Street, its awards, programs, and initiatives, visit http://www.charlottestreet.org.

ABOUT THE SPENCER MUSEUM OF ART