Charlotte Street Foundation is proud to announce its twentieth year as Kansas City’s primary arts catalyst and provocateur. Since 1997, Charlotte Street has been an arts leader in Kansas City, identifying, challenging, and supporting emerging and mid-career artists. Charlotte Street will celebrate this milestone year with the launch of a redesigned brand and website; pilot residencies; special events; and pop-up birthday parties that culminate with a Signature Fundraising Event in Fall, 2017.

Construct:
As part of our 20th Anniversary Year Celebration in 2017, the Charlotte Street Foundation will be working with partners all across the city on Every Street is Charlotte Street, a cross-platform exhibition and programming that will feature 20 years of Charlotte Street Foundation Fellows.  Partners for the program include Central Library Branch of the Kansas City Library, The Nelson Atkins Museum of Art, Nerman Museum of Art, Folly Theatre, H&R Block Artspace, KCAI Crossroads Gallery:Center for Contemporary Practice, and more… 20 partners in total across the metro Kansas City area, joining with Charlotte Street to celebrate 20 years of this unrestricted cash award for artists.

• All Every Street Is Charlotte Street and Anniversary year programs will be featured in a comprehensive Catalog, supported in part by funding by the Elizabeth Firestone Graham Foundation

Programming:
Programming to be developed specifically in conversation with each partnering institution or organization. Institutions are given the construct of working with the CSF fellows but are encouraged to add layers of ideas and curation that are meaningful to their particular institution and/or its relationship with the fellows or Charlotte Street.

Photographer Mike Sinclair has spent much of the past 15 years recording Kansas City’s ebbs and flows, his acclaimed images appearing in TIME magazine, among other publications, and earning display in galleries including the Nelson-Atkins Museum of Art, Kemper Museum of Contemporary Art, and Houston’s Museum of Fine Arts.

A selection of that work  makes up the second in a series of Library exhibits commemorating the 20th anniversary of the arts-supporting Charlotte Street Foundation. Sinclair was a Charlotte Street Award recipient in 1999, and was awarded a Guggenheim Fellowship in 2013.

As part of Charlotte Street’s year programming EVERY STREET IS CHARLOTTE STREET – the Mattie Rhodes Art Gallery is hosting an artist discussion with Rodolfo Marron III & Adolfo Gustavo Martinez. In distinctively separate approaches, both artists create works from the place of history, culture and community in their art making practices. So join us for a lively presentation open to the community & public. Stay around after the discussion for a small presentation about Mattie Rhodes Centers plans for a NEW Cultural Arts Center and our growth on Kansas City’s Westside.

Rockhurst/ Greenlease Gallery:
Group Exhibition of CSF fellows curated by Kate Hackman
Fall 2017
PATTERN LANGUAGE, a curated group exhibition, examines the work of a selection of Charlotte Street Fellows using pattern as carrier of content and structure for communicating meaning. Interested in pattern as a kind of language or signification system; in the processes/actions through which patterns are created (and which are therefore embedded within them); and in pattern as strategy for shaping and manipulating the meanings of language itself, the exhibition will feature two- and three-dimensional artworks as well as time-based/performative works.

Friday October 20th 2017, PLUG Projects will host a reception for, Artist Run KC, a softcover publication that will document artist run spaces — both current and defunct —  run by past Charlotte Street Foundation Fellows. Artist Run KC will showcase these spaces through documentation, interviews, and commissioned essays that represent the impact of artist run spaces on Kansas City’s cultural landscape. This will be the first in a series of triennial publications collectively edited and compiled by PLUG Projects and Informality Blog.

The Blue Room at the American Jazz Museum:
CSF night at the Blue Room with Eddie Moore & Friends
Tuesday, April 11 6-9:00 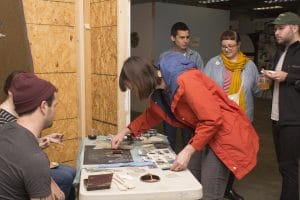 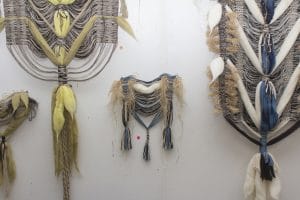 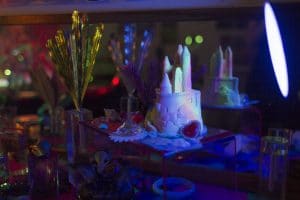 Over 20 partners in total across the Kansas City area join with Charlotte Street in the celebration. “This year is an opportunity to celebrate the catalytic impact Charlotte Street has had on the KC art community, as well as, celebrate the artists and community partners that make this all work. We’re proud of our past and looking forward to a future that will continue to challenge, invigorate, and energize the arts ecology of Kansas City,” said Amy Kligman.

The Andy Warhol Foundation for the Visual Arts

National Endowment for the Arts

Ruth Foundation of the Arts 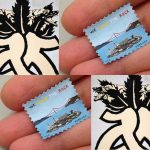 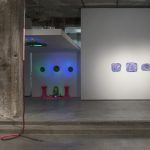