Mirror Eupepsia is a curatorial installation by artists Annie Woodfill and Monica Dixon featuring the work of Julian Chams, Harper Hair, and Sepideh Majidi. The featured artists, working in diverse mediums, partake in processes of transformation that extract, regenerate and breakdown materials and information. Eupepsia, a Greek word meaning “good digestion,” refers to a shared attention from the artists to metabolisms of interaction and memory, synergistic components of experience, and cathartic absolve.

This site-specific installation playfully finds connections between the artifacts of these practices and their proximities. Moving in and out of the present and the virtual, Mirror Eupepsia looks at whether our inner worlds are ever muted when we understand what is outside of ourselves.

An additional reception for the Mirror Eupepsia will be held on November 8th at 5-8pm with a vague DIY workshop based on common visceral activities offered by ASMR! You can make some slime!

Standing for “Autonomous Sensory Meridian Response”, ASMR refers to a conglomeration of emerging internet practices involving DIY tactile hyperrealism. While presenting ubiquitous examples of instagram and youtube communities that are involved with these sensibilities, we will be casually offering slime-making and ice-eating opportunities as ways to enter a haptic hyperawareness for viewing the works by the artists, exploring virtual capabilities of the physical.

Feel free to bring a friend and enjoy a free event this upcoming Thursday! Free drinks will be provided by Boulevard Brewing Co. 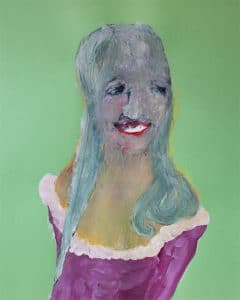 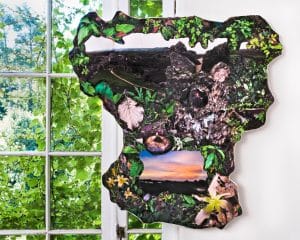 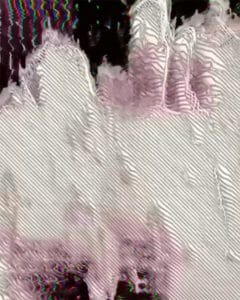 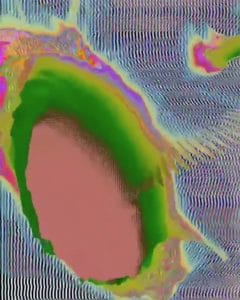 Julian Chams is a visual from Colombia based in Brooklyn. Working in the space between the personal and the systematic, he creates assemblages of imagery that include both natural and manmade elements. Chams has had solo exhibitions at Wave Hill, Bronx; Splatterpool, Brooklyn; ARS Antiqua Galería, Barranquilla, Colombia; and Parallel Gallery, Kansas City, MO. His work has been featured in group shows at the Bronx Museum of the Arts, Bronx; XV Salón Regional de Artistas, Zona Caribe, Cartagena, Colombia; 50/50, Kansas City, MO; and the Consulate of Colombia in New York. In 2015 he was a Van Lier Visual Arts Fellow at Wave Hill in the Bronx. He earned a Bachelor of Fine Arts from the Kansas City Art Institute.

Sepideh Majidi is an architect, artist, and educator living and working in San Francisco, California. Sepideh is originally from Tehran, Iran, where she received her Masters degree in Architecture from Azad University. She has been living in the U.S. since 2007, traveling between San Francisco and Iran, working on a variety of architectural projects and art installations. In 2011, Sepideh co-founded the design/build firm ArcHive, in San Francisco. She has been an architecture studio instructor at the Academy of Art University since 2014. The digital art project she has recently embarked upon is an exploration of the digital medium through the process of degeneration. Disturbance–the source of this process–travels through the dredge zones, continually rezoning and subdividing, breeding new landscapes and new particle territories.

Harper Hair grew up in Tulsa, Oklahoma.  Prior to pursuing a higher education in fine art, he was displayed in the American Visionary Art Museum in Baltimore and on multiple instances at New York’s Hospital Audiences Incorporated Gallery.  He moved to Kansas City, Missouri in 2008, to pursue a Bachelor of Fine Art degree at the Kansas City Art Institute, graduating in 2010. His work appeared in Kansas City’s H&R Block Artspace gallery flatfile show in 2012.  In May of 2013, he had a solo show at the Bank gallery in St. Louis. He moved to New Orleans in late 2014, entering the University of New Orleans Graduate of Fine Arts program. His thesis show was up in the UNO-St. Claude gallery during the month of September, and at the same time he had a piece in the faculty-curated show “Flagged” on campus, thus having work in 2 New Orleans galleries simultaneously!  He was displayed in the show “Surreal Salon Ten” at the Baton Rouge Gallery, January 3-31, 2018. He was part of the group exhibition “Birds of a Feather,” at Barrister’s Gallery in New Orleans, May 12-June 2, 2018.

Annie Woodfill and Monica Dixon are visual artists from the Midwest. Monica and Annie’s inaugural collaborative installation, Recreationical Serenetorium, took place at Vulpes Bastille earlier this year. Monica lives and works in St. Louis. She has exhibited locally and internationally, and works in the public art realm. She currently has work in Art in the Loop, and an outdoor installation at the Winthrop Rockefeller Institute in central Arkansas. Annie is working and living in Kansas City and has done multiple collaborative and individual installation projects with non-profit venues locally, and participated in Likewise Magazine and MO Bank Artboards. Both artists graduated from the painting department at the Kansas City Art Institute in 2011.

As curators, Annie Woodfill and Monica Dixon will be offering connections between the works through an immersive environment. Their ongoing collaboration is based on exploring material relationships through site-specificity and meditation, abstraction and hypnosis, and camouflage and suggestion. The featured artists, working in diverse mediums, partake in processes of transformation that extract, regenerate and breakdown reflections on the passage of time, inner dialogue, and their architecture. Moving in and out of the present and the virtual, Mirror Eupepsia looks at whether our inner worlds are ever muted when we understand what is outside of ourselves.

“Treating the gallery like a studio, I will be using common building materials and everyday found debris to create echoes of the space,” says Annie. Monica will present, “upholstered foam sculptures functioning as mobile furniture or physical comfort props, like pool noodles for an art gallery.” 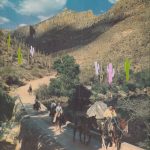 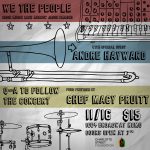